Saving the world, one crafty thing at a time

7 weeks ago I started the Scheepjes 2015 CAL. The project consists of getting part of a pattern every week. This particular CAL is for a shawl, the name of which is Flight of Fancy. It was advices to use a specific set of yarns from Scheepjes themselves but not everyone can afford over £40 for a pack, no matter how pretty they are (I plan on getting some of their yarn in bits though as it’s £1.59 per loose ball).

The theme is obviously birds and as I didn’t have the right yarn, I found a bird for the colours I did have as well as using colours I prefer…there no point in making something for yourself if you won’t wear it 😄 I call mine Orphean Warbler.

I chose to use some yarn I already had (which was for a Knit Along, but I haven’t got round to do it yet and I can pick up the same yarn quite easily if I choose to start that KAL). I’ve used black, dark grey and cream with ‘bits’. 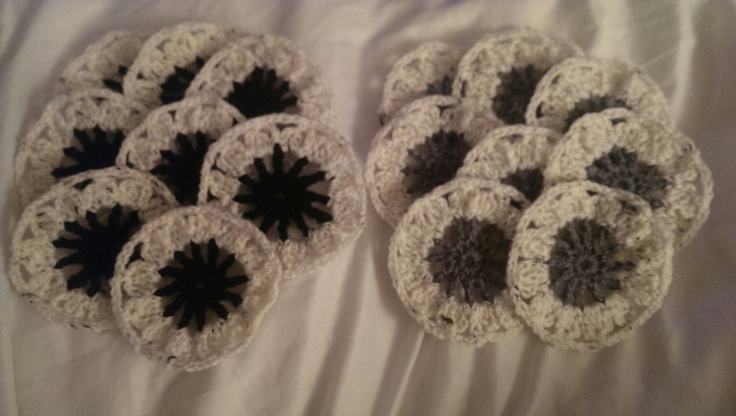 Week 3 and week 4 (on the board in the middle, blocking)

Week 6 is the same as week 5, only with a black middle. I will get a picture soon.

Week 7 was to work 4 motifs in one colour and 4 in another. As you can see, each set of two weeks uses the same pattern just with a different patter so it’s expected that week 8 will be the
same as week 7. Pictures for that soon too. 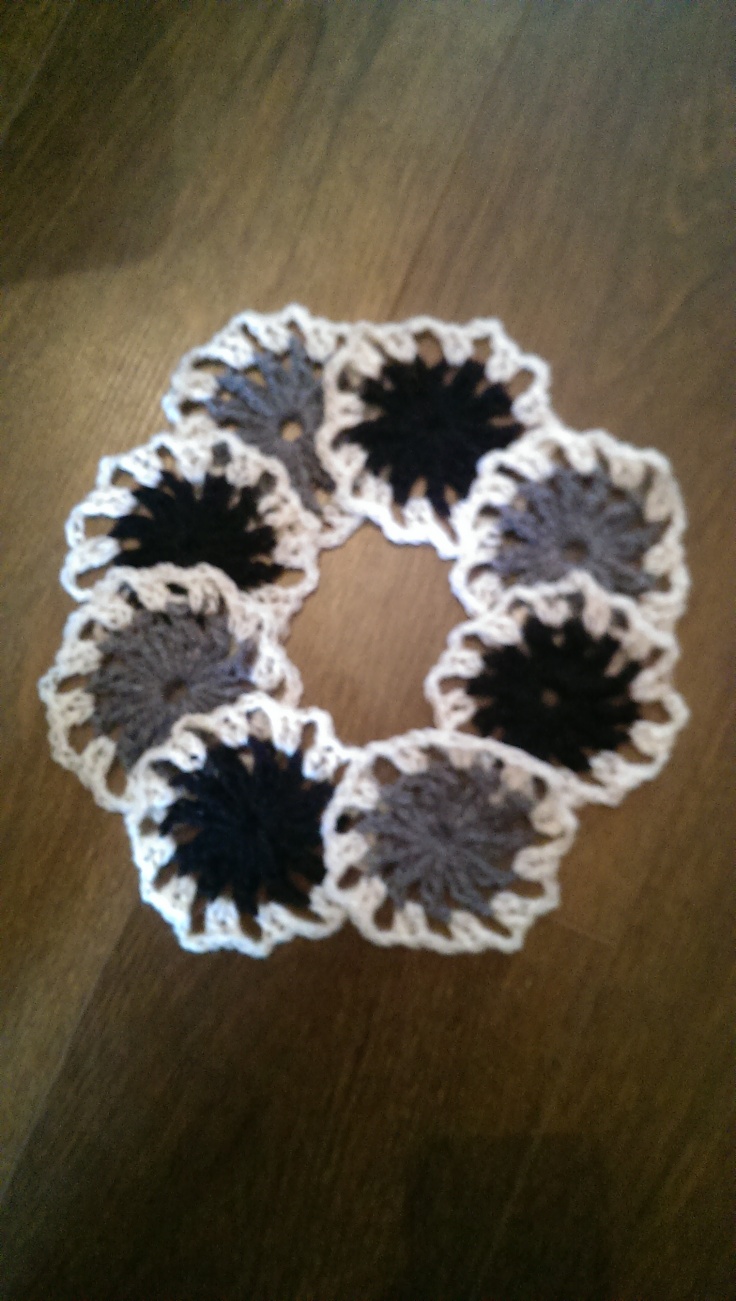 Week 8 of this CAL is exactly the same as week 7, except the second middle colour needs 5 motifs instead of the 4. So all in all, there will be 9 motifs, 4 grey and 5 black.

UPDATE: 24/08/2015 – weeks 9, 10 & 11
Haven’t been able to finish the shawl all in one f go. Needed to change projects otherwise I would have just left it unfinished. I have done almost half so far, so here is my little Orphean Warbler 😁

There are 65 motifs altogether and I have done the following so far. Each row has 13 motifs to it.

Follow daisydesigns90 on WordPress.com
Each day gets easier with a little help of hooks, needles and yarn. 2015