Saving the world, one crafty thing at a time

I found another CAL. This time it is a mystery CAL although it is known that it will be a lapghan measuring 36×36″ when finished. I don’t think this counts the border, however many participants have thought about doing more squares to make it larger, including myself. The patterns are courtesy of 36 different designers and can be found via the Facebook page Crochet With Us.

I’ve gone with black and bright pink (not quite bright pink but more so than baby pink, the pictures don’t show it best) in DK and a 4.5mm hook, compared with the suggested 5.5mm hook and Aran yarn, therefore my squares are finishing out at 5×5″ which us fine with me. I may keep it at 30×30 in the end or I may add double squares so 74 in all compared with the 36 (numbers are correct, the first block had an easy option as well as an advanced one and because I liked both, I did both :)). 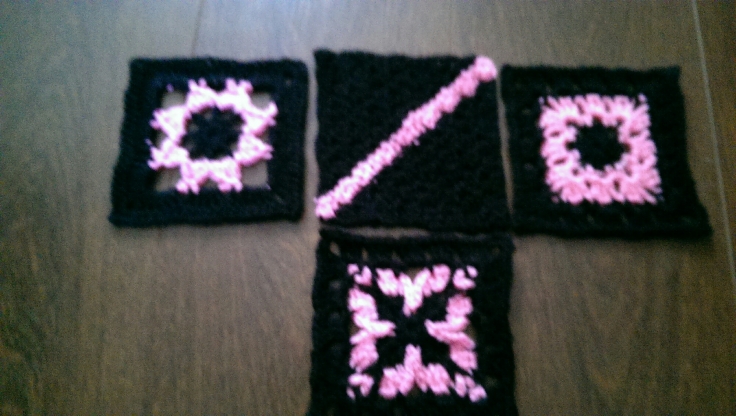 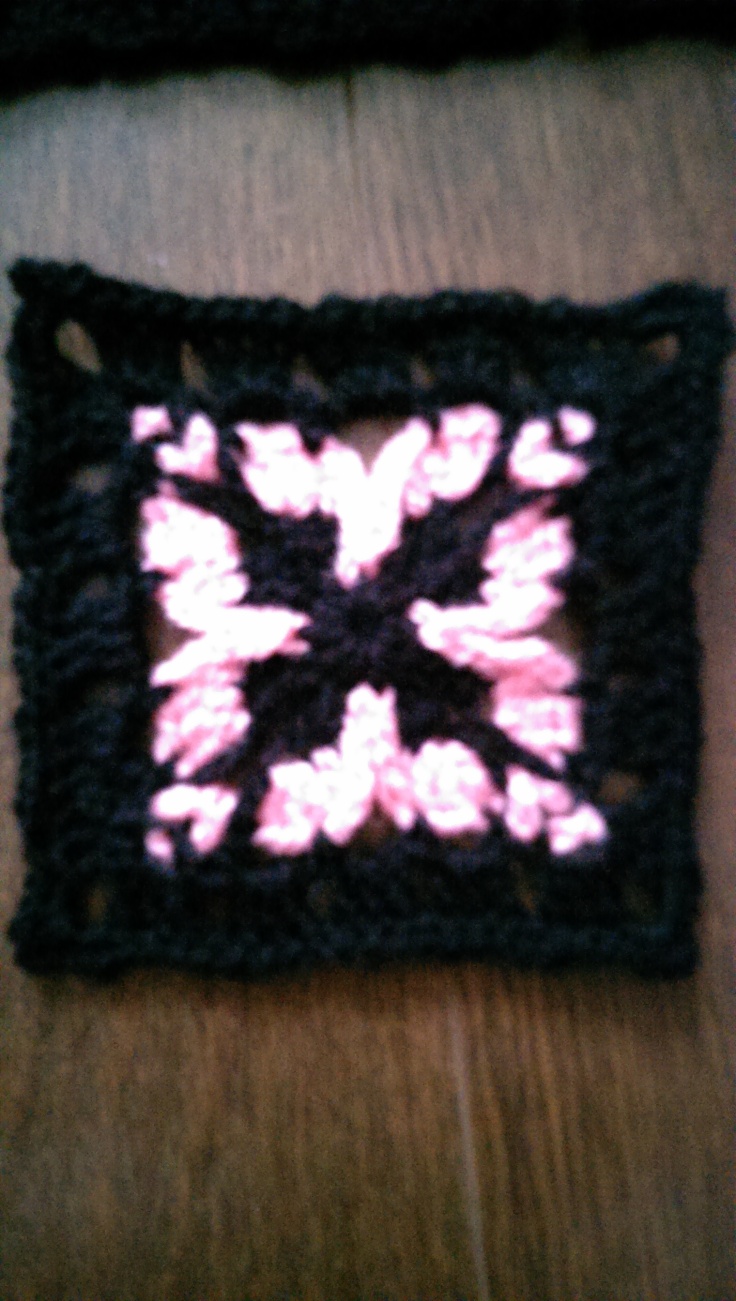 The single pictures are in correct order, the first two singles being the easy option followed by the advanced one, then ‘block 2’ being the c2c and the third (or forluth if I was to be picky) is the startburst type square. Will keep you posted :).

Just completed the next square. Again the pattern is from another guest designer. All of which can be found in the Mystery Group CAL Facebook page. This square had significant importance to the creater and she explains this on her site. Here is the newest square. Again using a 4.5mm instead of 5.5 mm and getting 5″ squares. I’m just loving how it is going and can’t wait for the next one released on Wednesday, so keep in the loop.

I’m also planning on maybe doing another using the more neural squares for a male themed version and substituting the more delicate flowery ones for some robust ones, so will have to seach for those at a later date.

I have now caught up with the latest squares available for this CAL, so here they are 🙂

UPDATE: from 7/9-12-9/2015
These are the three squares from this week’s three designers for the CAL. I enjoyed these. I enjoy them all, what I’m I even saying hahaha. The first square of the week turned out to be super 3D, whether or not it should have done is a different matter, but I like it the way it is 😆 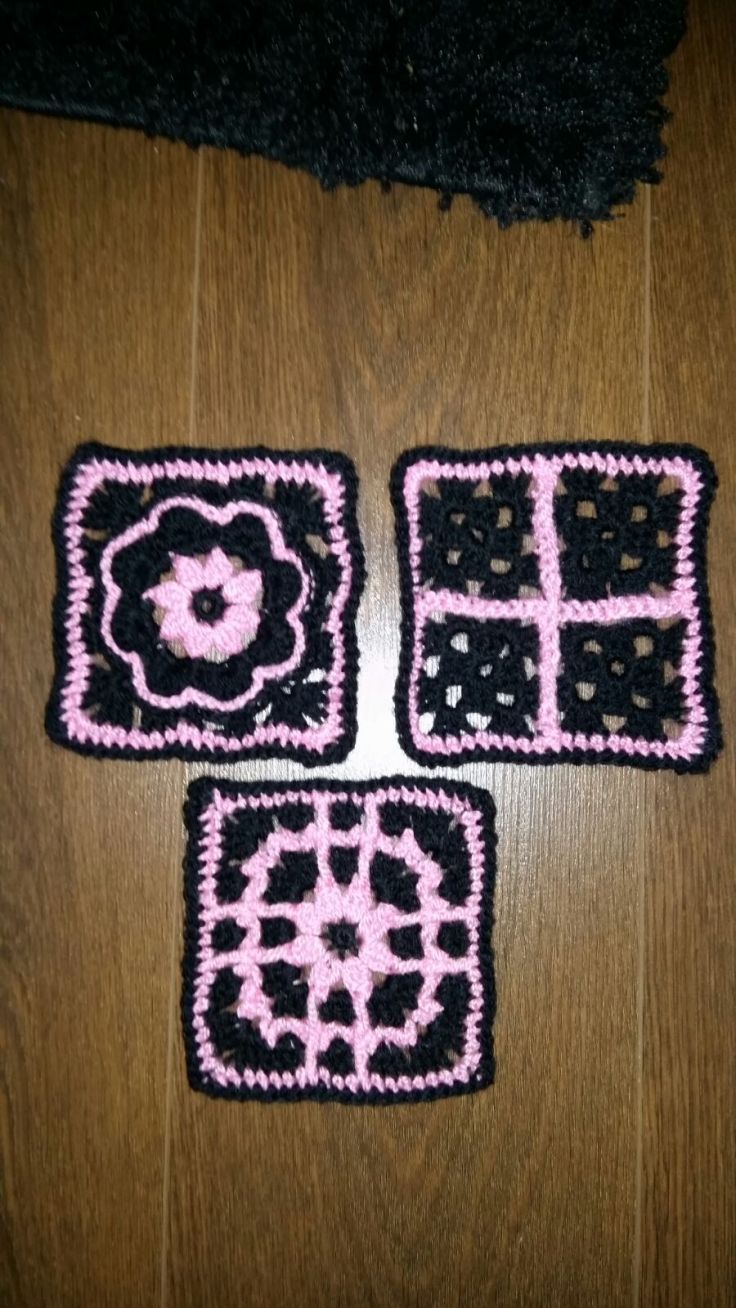